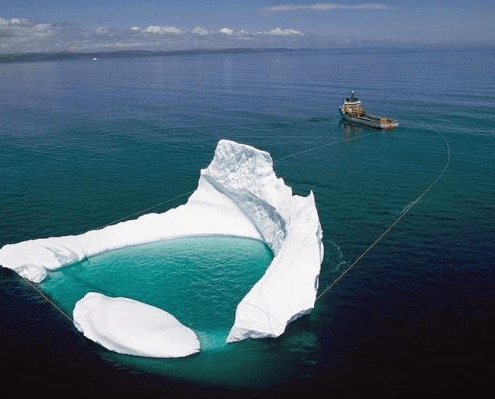 Hurricanes are a huge global issue, but you may be surprised to hear humanity won’t be plagued by them much longer. A cohort of scientists in Central America put their heads together and devised what they call, “A very simple solution.” Raul Martinez, director of the Tontos de Abril Project in Costa Rica explained, “Hurricanes form over warm oceans. By reducing water temperature, we can also reduce storm formations.”

Hurricanes are intense areas of low pressure that form over the warm, open, ocean waters from summer through fall. The resulting water vapor is what gives the storms their energy. Martinez and his team plan to tap emerging technology and natural resources to tackle the problem. A multi-national network of satellites will help meteorologists predict patterns of low pressure at sea. Once these “hot spots” are identified, it’s the geologists’ turn.

Aboard specially equipped vessels, Martinez’ team will transport large iceberg segments from the Arctic into the warm Caribbean waters. As the ice melts it will reduce water temperature and thus prevent the formation of excess water vapor, inhibiting storm formation and energy.

But what about our melting polar ice caps? Renowned geologist Dr. Jorge Hielo addressed that issue with 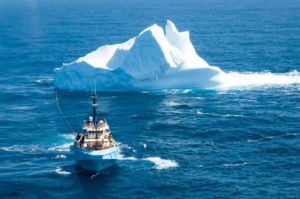 cold hard facts, “The icebergs will slowly melt in the warmer southern waters and expand the cold temperature barrier around the arctic basin. The expanding barrier will help maintain climate consistency, slowing the melt rate and stabilizing the area.”

The Tontos de Abril Project expects to reduce hurricane activity by 30% by September 31st of 2018. Scientists also anticipate residual benefits from the project like the creation of new feeding grounds for polar bears. “It’s possible some polar bears will get stranded on the icebergs as they’re relocated,” Martinez confesses, “However, these bears will be introduced to a new, high protein diet, that of Caribbean fish, shark, and crustaceans, all of which will promote renewed vitality in the vulnerable species.”

Martinez’s team is widely known in the United States as the Fools of April Project…yep…Happy April Fool’s Day!

If this hurricane reduction idea seems crazy to you, so does not preparing at all! Visit our website to take advantage of the free resources that can help keep your home and family secure during a storm. And we guarantee—no polar bears were involved in our disaster preparedness plans, just years of experience helping Floridians stay safe.

5 Reasons Why an Insurance Company May Deny Your Hurricane Claim